San Antonio has a diversified economy with about a $96.8 billion metropolitan Gross Domestic Product. This ranks the city 4th among Texas metropolitan areas and 38th in the United States. San Antonio’s economy is focused primarily within the military, health care, government-civil service, financial services, oil and gas, and tourism sectors. Within the past twenty years, San Antonio has become a significant location for American-based call centers and has added a sizable manufacturing sector centered around automobiles.

Located about 10 miles northwest of Downtown is the South Texas Medical Center, which is a conglomerate of various hospitals, clinics, and research  and higher educational institutions.

Over twenty million tourists visit the city and its attractions every year, contributing substantially to the city’s economy, primarily due to The Alamo and River Walk. The Henry B. Gonzalez Convention Center alone hosts more than 300 events each year with over 750,000 convention delegates from around the world. Tourism provided over 130,000 jobs, and had an economic impact of $13.6 billion in the local economy.  The City of San Antonio received $195 million in the same year from the hospitality industry, with revenues from hotel occupancy tax, sales taxes and others.

After setting another sales record in 2017, the local housing market experienced another strong month in January 2018, despite an extremely tight supply of homes on the market.

On January 2018, 1,760 homes were sold in the San Antonio-New Braunfels metro area, an increase of 4.6 percent over January 2017, according to data from the San Antonio Board of Realtors. The Alamo City’s strong economy and growing population have pushed up sales consistently over the past six years. 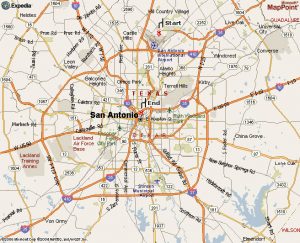